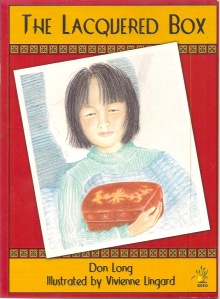 Last week I had a folder of artwork returned to me from a publisher who was moving premises. It was the first book I had illustrated, and I never expected to see the illustrations again, as royalties were paid in advance, thus becoming the publisher’s property. I had enjoyed drawing the illustrations, which were of a young Vietnamese New Zealand girl. However, I had always held a gripe about the finished cover, showing an image which was not what I actually drew. I had drawn two images of the girl inside the plane, one at the beginning, minus the box, and the other at the end holding the box. Both images I drew with the girl’s eyes shut. So what had happened here?

The short answer is, that the cover image was doctored. I will show you how I figured that out. 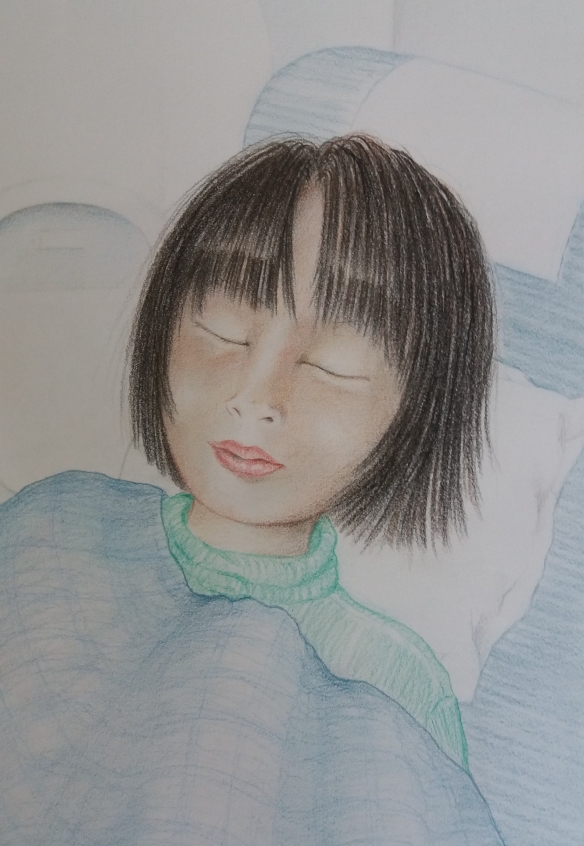 The story is a lovely one, as we follow Mai as she flies from New Zealand to join her  Auntie Chi in Vietnam (first drawing on plane with eyes closed). This is Mai’s first visit to Vietnam and she is fascinated by the places she visits and people she meets through her Auntie. 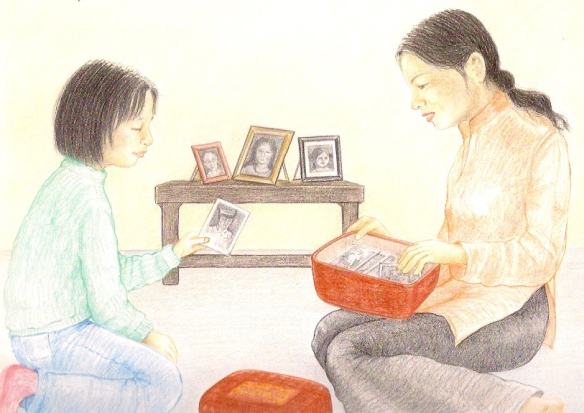 Mai views photos of relatives she has never know, some who lost their lives in the war. She is taken around the markets, visits her auntie’s friends, eats local food, and slowly comes to know more of her family and her heritage. 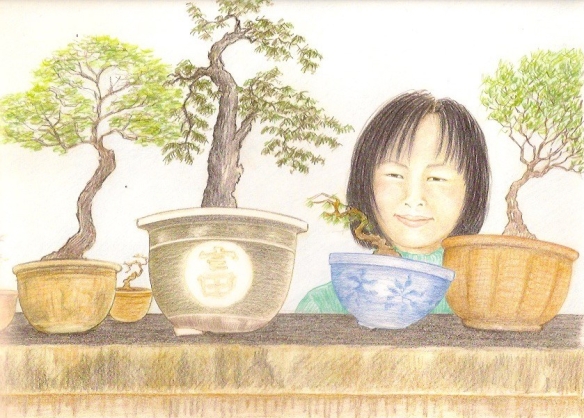 As I flick through the pages, all is becoming clearer. I am now aware of why the cover image seemed odd. For Mai’s eyes from the bonsai image are the ones which have been transposed onto the second image of Mai asleep on the plane (below). 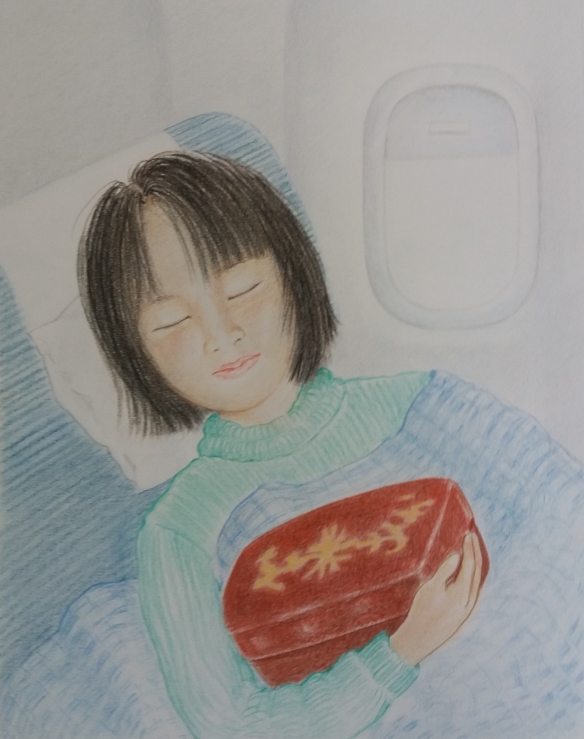 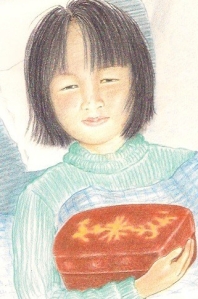 So, a girl asleep and leaning on her pillow was made look awake by replacing closed eyes for open ones, and also by straightening her posture to a sitting one. I was never happy with this cover, as the publisher changed my drawings without consulting me, but presented it as though it was my work.

I am pleased to be able to tell this small story after so many years. It is sheer luck that I now have the original illustrations back, and I am very thankful for their safe return.

It is good to finally set the record straight.

2 thoughts on “Setting the record straight.”