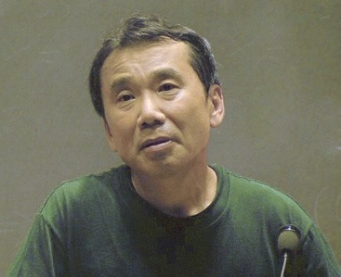 I have begun the year reading through the backlog of books which has been accumulating beside my bed. One I was keen to get to was the hefty tome of Haruki Murakami’s recent book, Killing Commendatore. But I let it sit, while I read one of his I’d been given earlier as a birthday present; Men without women. This book features seven short stories, plucked from various collections. It contained the wonderful prose and  wit, which I’d come to love from this great Japanese author. I have read a number of his novels and have kept all the titles I’ve read.  However, If I hadn’t been given a publication of his as a present years ago, I doubt that I’d have plucked one from a shelf. I like reality, the known; whereas Murakami is unafraid of having his characters venture into very different realms, and he has managed to entice me into those worlds, through his mesmerising prose.

And now, I come to Killing Commendatore. There was no way that I could leave this book in the store. I was attracted by the superbly designed cover for starters, and after reading the flyleaf, I knew it was mine. I mean – a portrait artist is abandoned by his wife and ends up living in the mountain home of the famous artist, Amada, now senile in a care facility. Add the finding of a mysterious painting in the attic which sets off a series of unusual events,  involving a pit in the woods and a ringing bell, and I was hooked. But did I remain as enamoured at the end as I was at the beginning?

I loved the beginning, but the setting had a lot to do with that, I’m sure.  The forest descriptions took me back to when I lived in Japan, visiting many hilltop temples, often set among towering trees, with steep stone steps meandering high into the hills. The light would flicker through the tree canopy setting shadows dancing on the forest floor. There would be a feeling of peace and mystery, as one would come across lichen-covered remnants from past eras; stone statues and religious icons. So, when the artist went to the mountains, I could feel myself there with him and almost be him in a sense, as he was wishing to change the way he painted, as do I. He wants to free himself from the portraits he was known for, but bored by, and produce more abstracted works.

And he does achieve this to some degree.

I certainly wasn’t disappointed with the main characters. They proved an intriguing bunch, as Murakami’s characters do tend to be, complex and often emotionally reserved. The most reserved and unreadable is Menshinki, the wealthy well-dressed businessman, who lives across the valley from the artist, and is responsible for uncovering the pit, and thus releasing the two-foot tall manifestation of an Idea (a character from the painting with the same title as the book), leading all a merry dance into a weird underground world haunted by Double Metaphors. Did I say Murakami writes about unusually weird things? There is also teenage Mariye, who lives nearby with her aunt Shoko.  Menshinki sets his binoculars on Mariye, though his reasons are far from usual (to say more would be a spoiler).

The linking of Amada’s Killing Commendatore painting to so many other places and situations was fascinating. There were so many threads to this narrative that sometimes they became a little too intricate, and lengthy. I did find myself flagging with the underworld passages, and was thankful when everyone returned to their respectful homes above ground. But this is the only story of Murakami’s I wished had ended sooner.