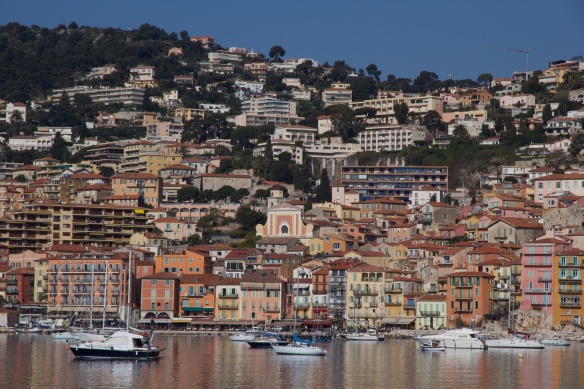 Villefranche-sur-mer, on the Côte  d’Azur

It is always interesting how one idea can trigger off others, and writing about travel diaries got me to thinking about the major unfinished travelogue of mine, which is idling on my computer. I have salved my conscience a little, by uplifting some passages from the longer story and posting them in various blogs. This post is adding to that list, and shall focus on a single day in Villefranche-sur-mer and a fleeting look at some of its art. 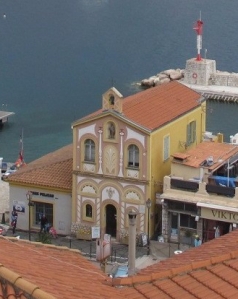 My daughter joined me in Villefranche and I had just one day to show her the treasures I’d discovered in the two weeks I’d been there, as we were leaving for Italy the next day. Lara takes her Canon 60D and a couple of favorite lenses everywhere she goes, so it was serendipitous that the light was perfect. First stop was the Chapelle Saint Pierre des Pêcheurs, decorated by Jean Cocteau in the 1950’s, as an homage to the fishing families of the town. I loved the curved interior walls which are graphically decorated; portraying men, women and saints alike. One follows the gaze of the painted fishermen to look up to the arc of the dome. 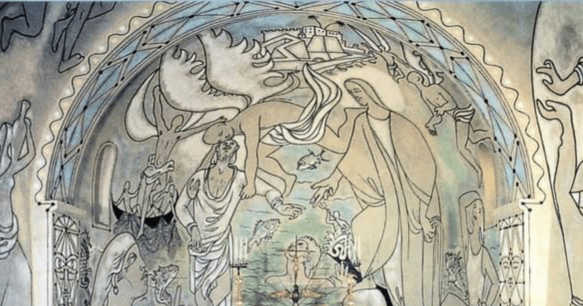 Next, it was a walk over to the citadel, where a permanent exhibition of sculpture and art by Volti (b. Voltigerno Antoniucci), was standing or hung within the tunnels and vaults of this 12th century building.  Most of the stone and bronze figures outside, were of women, as were the nude drawings (in Conté crayon) adorning the rough stone internal walls. Lara liked the outside sculptures best, and there were many. Amongst them a trio of friends huddled, gossiping perhaps, took her attention. 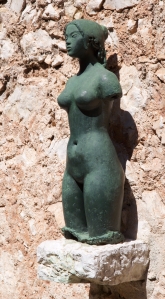 And a bronze which had the patina of verdigris, but deeper; of a high-busted and slim-waisted young woman. After watching her set up her shots, I decided it was quite like drawing when setting up a model so the light falls well on the form; allowing a good range of tone which gives added texture and dimension.

I  was more captured by Volti’s conté drawings, as I thought they resembled my own figure work.

I’ve enjoyed drawing the figure from my time at art school, and later exhibited and tutored in this field, specialising in conté, charcoal and graphite mediums. 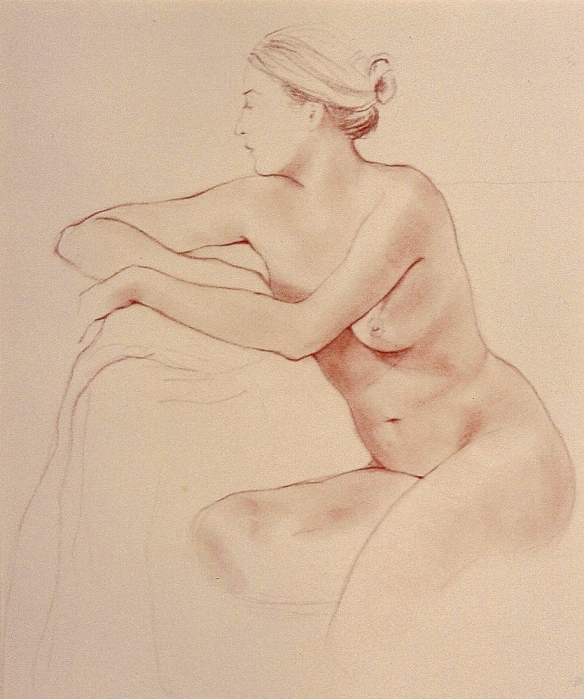 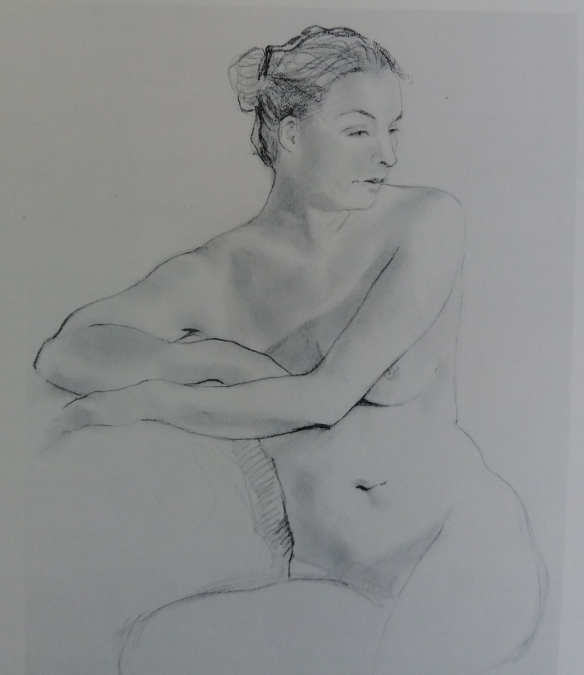 Lara linked her arm through mine, as if sensing my thoughts. I squeezed her fingers. This really was too good to be to be true. “It’s just wonderful being with someone who shares the same artistic sensibility,” I said. It wasn’t just being with my daughter which made me say this. I so enjoy being in countries (like France) where art is valued and practiced more by everyone it seems. It feels right. I feel right.

8 thoughts on “One arty day in Villefranche”