Frances Hodgkins was born in Dunedin, New Zealand in 1869 and died in England in 1947. Last weekend the exhibition, Frances Hodgkins: European Journeys finished its run at the Auckland Art Gallery. I made sure I saw the exhibits, over 150 in all, as this artist has been a trail-blazer for the many female New Zealand artists who have followed. This particular artist stands out from the crowd because she forged an art career at a time when the art world was completely male-dominated. Frances Hodgkins left her birthplace for Europe in 1901 at a time when just a handful of women travellers were experiencing the world. What made Hodgkins different from those women was not mere travel to exotic countries, but her personal mission of becoming an artist of international repute.

Frances became very skilled in watercolour, yet she didn’t follow the usual prescriptions of realistic renditions of countryside or people. She explored ways of working that were considered avante-garde at the time, but helped develop her distinct style and place in the art world.  She roamed within Britain, France, Morrocco and Italy, setting up her easel everywhere she went. She painted people, places and landscapes, but with a looseness in her brushstrokes, creating movement, expression and a certain ‘je ne sais quoi’. 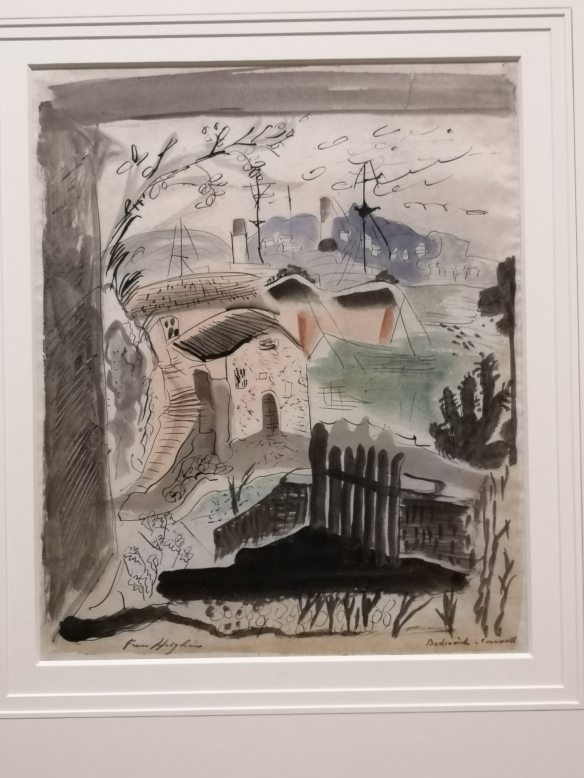 Frances Hodgkins experimented, mixing watercolour with pencil and charcoal in both her landscapes and portraits. She used friends as models, often mothers with children, and people who were different from herself (a white European). She became interested in drawing two Ethiopian sisters, who were being schooled in England and spent some time with them. And for all that she found England rather dull, beside other more exotic European countries, it was where she spent the final years of her life. 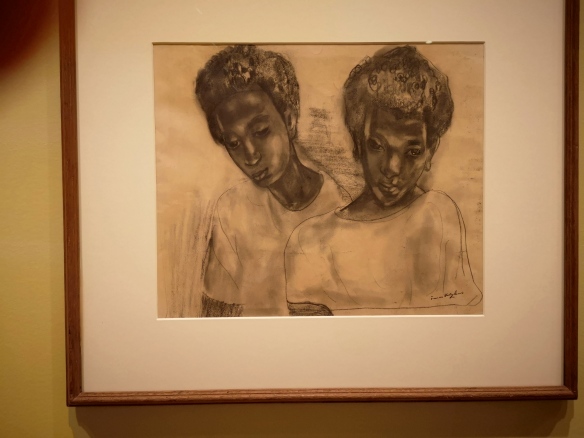 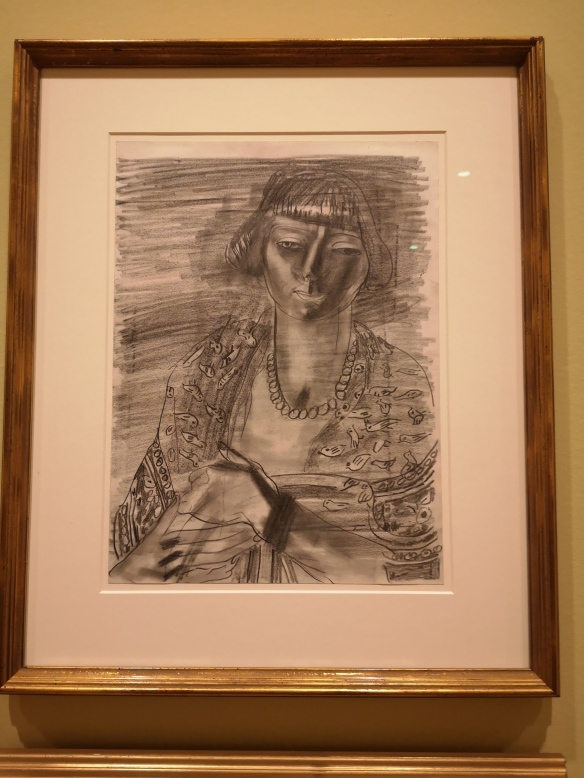 Portrait of Elsie Barling [circa 1931]

Hodgkins also tried her hand at oils, possibly influenced by the works of male Modernist contemporaries such as Matisse, Picasso and Braque. She was clearly unafraid of exploring new ideas. Many years later, in 1943, The Red Cockerel was shown at the Le Levre gallery alongside Picasso and his contemporaries. I can only imagine the pride she must have felt, being included with this prestigious crowd, her mission achieved. 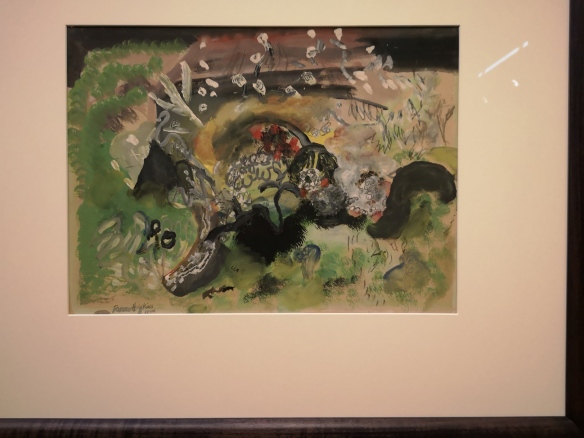 The final words are from the artist herself, in response to a negative newspaper report of her work in 1918. ‘… I am really a a very sober minded thoughtful sort of person with nothing slapdash or offhand about my work – every stroke I put down comes from real conviction & is a sincere aspect of truth – if not the whole truth. If I can only live long enough the world will have to acknowledge me’. Frances Hodgkins.

6 thoughts on “An artist who lived her dream”