Saturday evening was the local launch of my recently released book Pocket Money and Other Stories. As this is the only decent photo taken on the evening, I can’t show you the audience listening to my readings, or me signing my books for the said people, so you’ll just have to take my word that the event occurred. It took place in the Devonport Returned Services Association rooms, in case you’re wondering about the Commonwealth flags and the photograph of HRH Queen Elizabeth 2nd on the wall behind me. On reflection, I was pleased that my first reading included mention of the grandfather who’d been killed during WW1, as it befitted my surroundings. A great venue for introducing my book to local people. 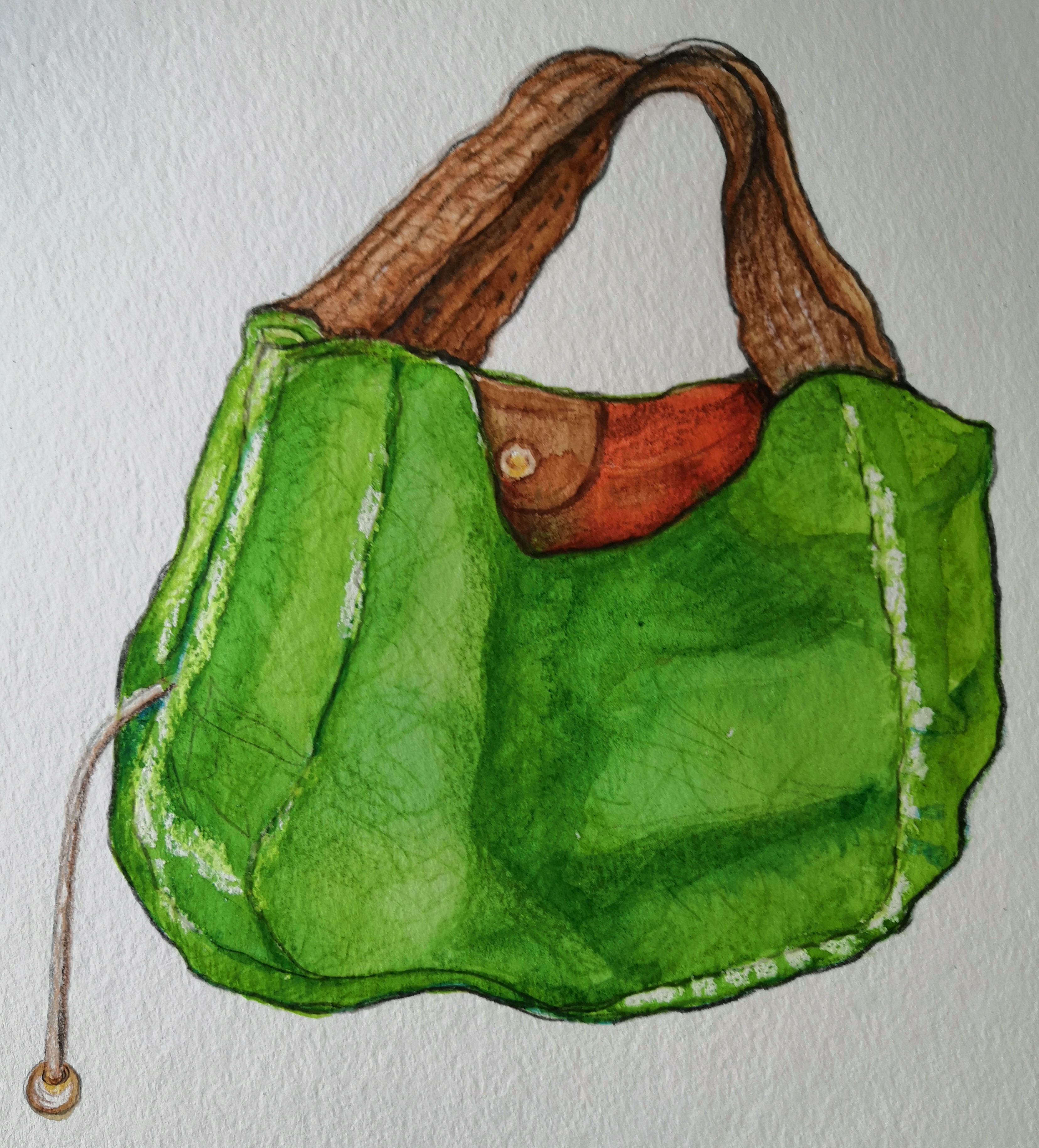 Yes, sketching a favourite bag was on the sketch list for April. I didn’t feel that motivated to sketch such an object but changed my mind later in the day when I came across my green bag. It is a made of soft leather; body and handle, and is different from other handbags, having a contrasting colour inside and a drawstring to pull it closed. It comes with a little story. END_OF_DOCUMENT_TOKEN_TO_BE_REPLACED 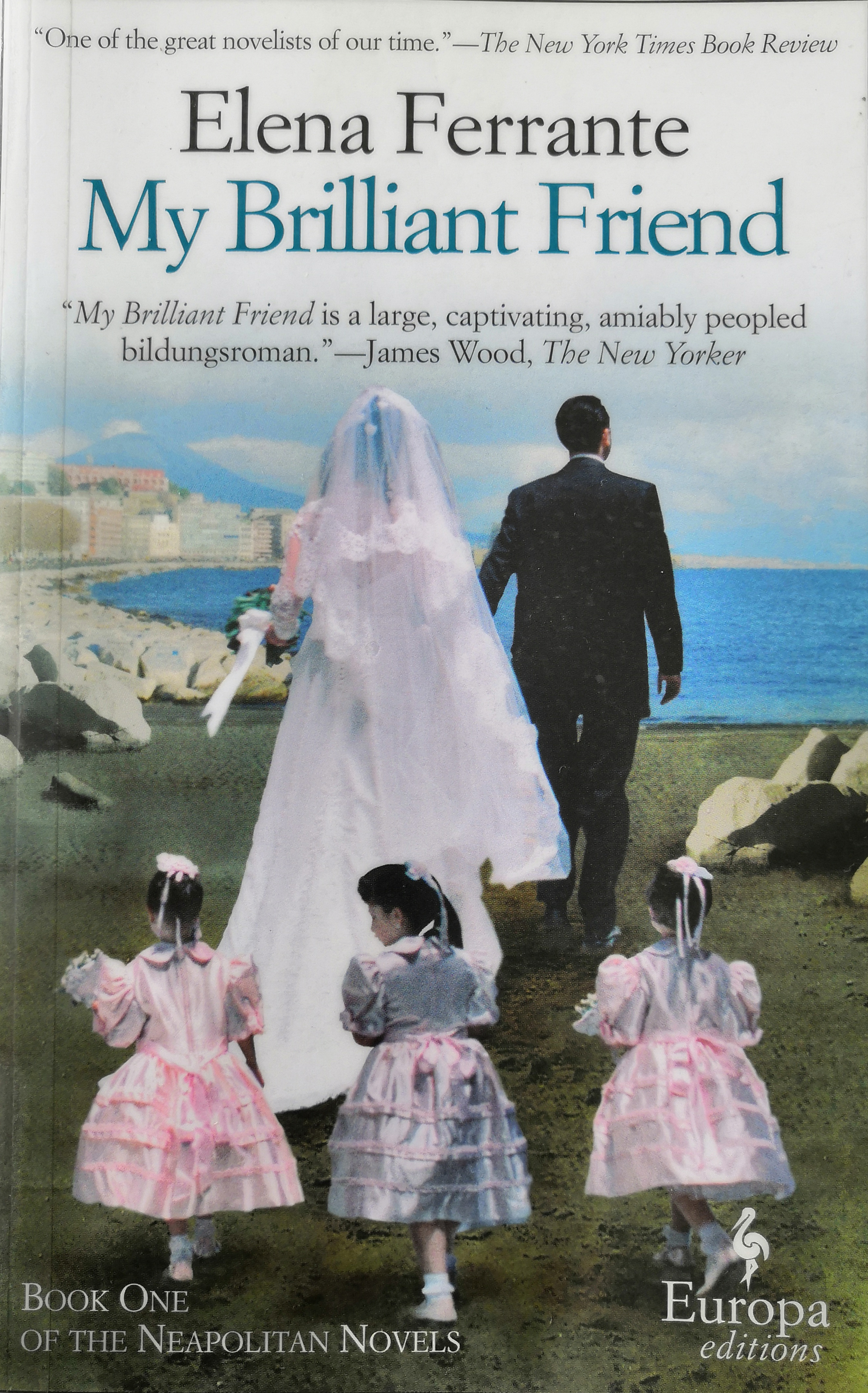 I may have not read My Brilliant Friend by Elena Ferrante if my friend Liz hadn’t passionately recommended it to me. I was down at the library to borrow it immediately. My reasons for haste were because I was going to stay with her in a couple of weeks and I wished to be prepared for the discussion about books and writing I knew we would have. Liz and I met as young teens, at school in the sixties, two clever but disaffected kids. Not unlike Lia and Lenù the main characters in Ferrante’s book, the first in her Neapolitan series, Book One: Childhood, Adolescence. END_OF_DOCUMENT_TOKEN_TO_BE_REPLACED 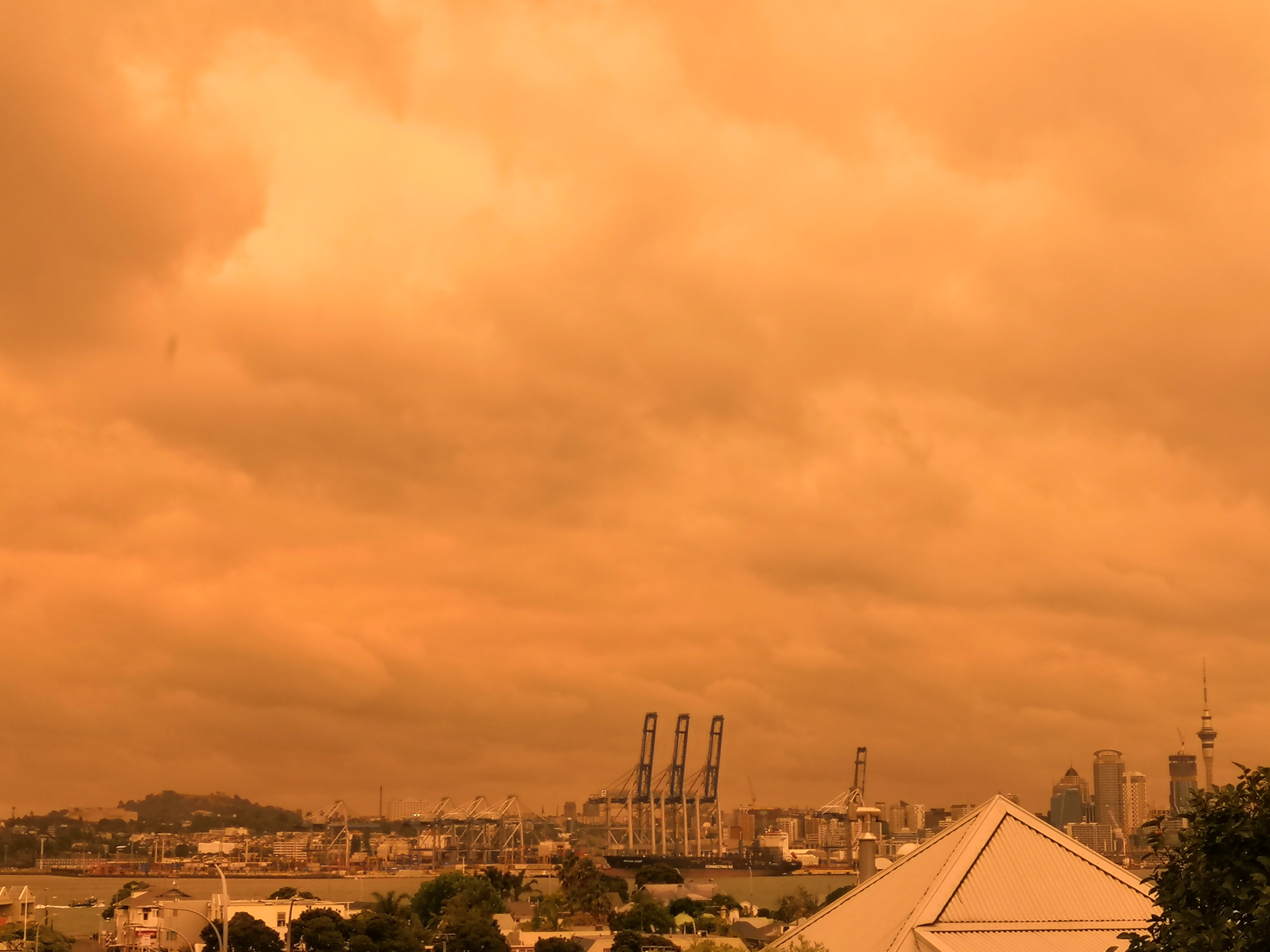 Auckland skies the week before leaving (photo not altered)

This was a long-planned trip to visit family in Australia but I was not filled with the usual mounting excitement. Our skies in Auckland reflected the awful reality of the fires burning over there, made all the more alarming given that New Zealand is over 3000 kilometres away. For days we had viewed flames ripping through communities in several parts of Australia, leaving utter devastation in their wake. And loss of life. Although we were heading north of the worst affected areas, there had been fires reported close to Toowoomba, near where my youngest lives. With assurances from her, that the area was quite safe apart from a smokey atmosphere, we flew to Brisbane, the closest International airport.  END_OF_DOCUMENT_TOKEN_TO_BE_REPLACED